Face Paint Forum
Register today to be part of the BEST face painting community on the planet. You just aren't cool if you aren't a member!

Any experience with them anybody? 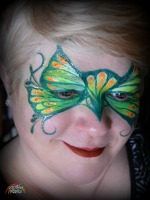 Thank you Denise--I appreciate that!

So I tried them tonight and there are good and bad things. They don't brush well, so I wouldn't plan on doing line work with them. They sponge pretty well after a good lathering...it actually took a bit to get them first going so that's good in some ways because they aren't too soft that they would be gouged.

I also liked that I could do wolfe white over the top and it layered nicely...I have had a hard time with Kryolan neons that way...they didn't dry quick and so were almost slimey to try and do line work over....especially in cake form...I think these will make a better cake, which I'm going to try.

They didn't feather well but did blend nicely. In other words, there isn't so much glycerin that I could drag them out, but they would reactivate well with the color sponged over them. That's why I think it will make a good rainbow.

I couldn't find my blue light tonight so I'll test them later and let you know how the rainbow cake goes. 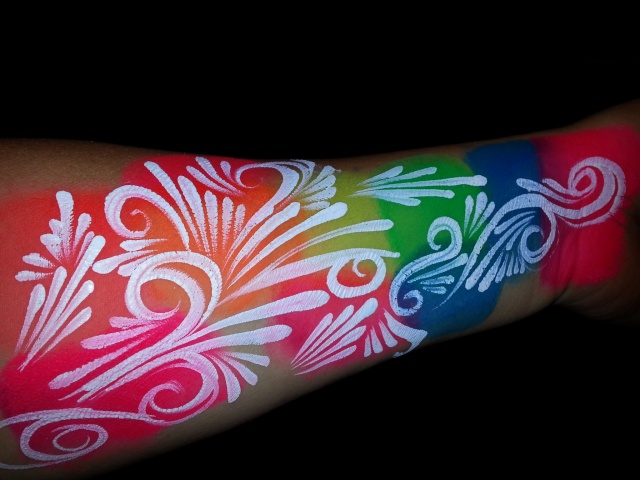 i just started a thread for swatches, also under "product reviews", to get them in one place - would you like to post this pic/review in that thread, as well?

so over all Denise.....is this the brand that would be a good choice for Neons? the few that I bought are too dang sheer. so it was a waste of money.

It depends on what you are doing with them. I think they sponge well but I wouldn't make a one-stroke with them or try to do line work. Global is probably better for that. Global brushes better in my opinion but does take some working up to get there (very thirsty.)